As BurgerFuel celebrates 25 years of serving up New Zealand’s original gourmet burgers, it seems only right to share the journey of one of BurgerFuel’s original franchisees, Matt. It was the year of the Y2K glitch (2000), when Matt, along with James became co-owners of the first franchised store in Takapuna. This year they celebrate their 20th anniversary as BurgerFuel franchisees. They deserve a bloody medal.

The pair met while working in a restaurant chain in Upper Hutt and subsequently opened their own stores in Belmont and Birkenhead. The chain was sold and they set their sights on a new BurgerFuel Takapuna site. In 2001, they opened BurgerFuel Mt Eden and were eventually ready to make a go of things as sole operators. With a knowledge that only comes from being there from the very beginning, the two created the foundation of what is, today, a solid network of experienced and passionate franchisees. Matt now owns BurgerFuel’s Mt Eden and Botany, and hasn’t looked back since.

Originally from West Auckland, Matt was raised in Christchurch, but moved back to his roots in ’97. His strong work ethic and enterprising nature saw him progress quickly in his career in hospitality, from Area Manager at 23, to owning his own franchise, at the ripe old age of 25. He considers this one of his greatest professional achievements, along with being a part of the team that kicked off BurgerFuel opening in the Middle East, surviving an “absolutely bonkers” store opening in Saudi Arabia along the way.

Matt has just the right balance of empathy and authority when it comes to his management style. With a Bachelor of Science, majoring in Psychology, behind him, he has a way with people and an emotional intelligence that enables him to connect with his staff on a deeper level, “I tend to have a lead from within approach. I like to be working alongside the crew, coaching them and I’ve always been proud that my team want me to show up in the store, rather than hoping I don’t”, Matt says, “I’ve always been a good listener, so I find I’m suited to getting alongside people and finding out what they need, then doing what I can to make it happen”.

Recruiting, retaining and motivating a team of 40 plus crew, all under the ages of 25, is no mean feat.  Matt is the first to admit that leading a team of young staff across multiple stores can be the most challenging aspect of being a franchisee, but at the same time, the main source of fulfillment for him. “When it all comes together and is working well, it really is a great place to be”.

‘Fun, Fast & Loud’ personifies the in-store experience in a BurgerFuel store and store owners have always been encouraged to be open minded when it comes to employing new staff. Diversity and uniqueness are welcomed and embraced, something Matt adopted in his recruitment process from the get go, “We’ve never been afraid to hire people that some employers would consider too ‘out there’”.

As part of that in-store experience, fostering a good culture in his stores is paramount and evident by the activities they partake in together outside of work. Matt remains in close contact with a lot of past employees, many of whom have gone on to very successful careers, a testament to his holistic approach to leadership. “There’s always been a strong team bond in my stores, with many long-term friendships forged that continue beyond BF (even a few married couples that met in-store). While the work can be hard, the group is usually having a good time. And our parties are epic”. When Matt reflects on what originally attracted him to the brand, it was first and foremost, the product. “I don’t want to sell something I don’t believe in and that rules out most fast food”. And it’s the ‘vibe’ in-store that pulled him in all those years ago, that still resounds for him today. “Just as in the beginning, the food is great and the people are cool. I used to be in the same generation as my team and now I’m in their parents’ generation. The dynamic has changed, but we still have plenty of good times”, Matt says, “The brand has evolved as it has grown, but continues to have that intangible cool factor that keeps staff and customers coming back”.

Matt is a self-proclaimed geek at heart and loves to play around with tech, even building his own PCs. With a strong DJ habit, back in the early 2000s (the crates of vinyl stored away as nostalgic reminders), today his lifestyle vices are of the caffeine variety. Known as a coffee connoisseur (some might say snob), he and wife Jo’s morning coffees rival any cafes, with his home set up being a step from a pro barista’s.

Matt and Jo celebrated their 20th wedding anniversary in Feb and he acknowledges the sacrifices she has made with a husband in hospitality. Her support has been unwaivering and she too has made life-long friendships with the staff that have come and gone.

His children are the centre of his world, Mia, Oscar and Theia, and mountain biking together out in the bush is one of his favourite things to do as a family. His local haunt is Ralphs (the evolution of the ‘vinyl café’), in Mt Eden. Neighbours from back in the days when the BurgerFuel Mt Eden store was situated on Dominion Rd. The owner and Matt became great mates and share lots of crazy memories - the guy even has scars from one of the many BurgerFuel parties (prompting NDA requirements for all parties from that night onwards). According to Matt, they sell beer and make a decent burger, so worth checking out next time you’re in the hood.

If you get the pleasure to meet our OG store owner, you’re in for a treat, with his philosophical views on the world and his cheeky sense of humour, you’ll find yourself lost in conversation for hours. We’ll be inviting ourselves over for one of those coffees soon. 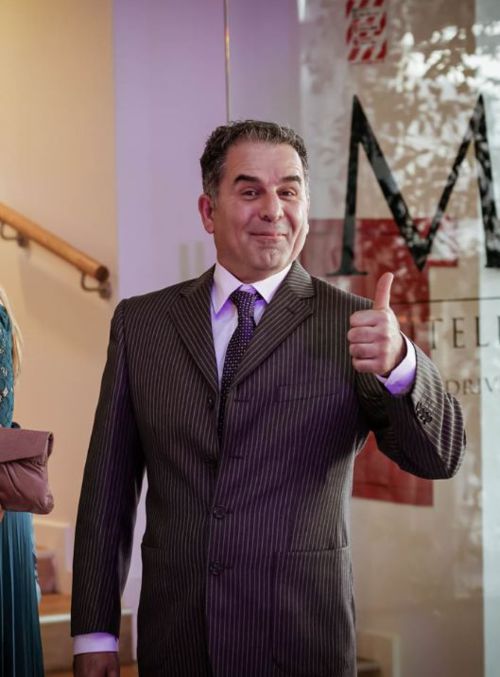 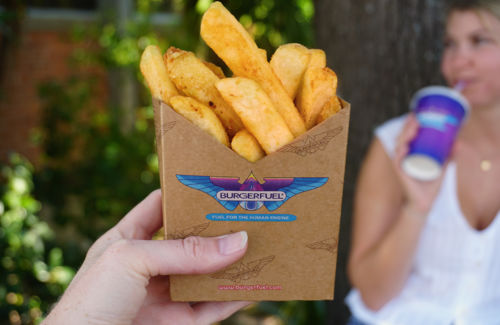 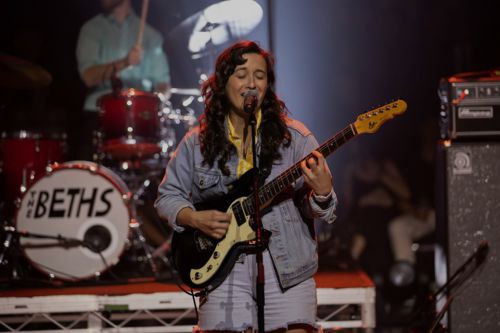 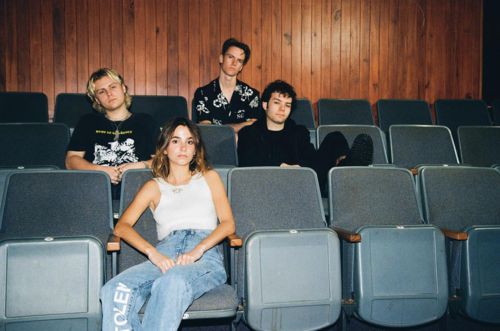